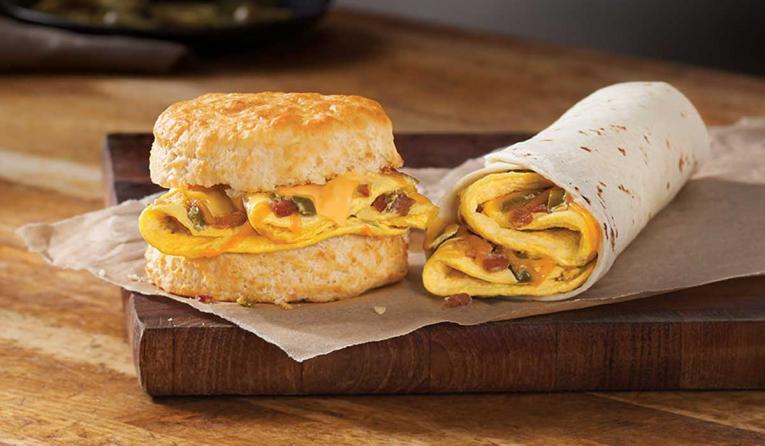 Posted at 09:53h in Food by Rosemary Jennings 0 Comments
0 Likes

They say breakfast is the most important meal of the day, so you might want to think twice before you gobble up the 920 calories and 60 grams of fat loaded into Hardee’s Country Breakfast Burrito. The restaurant chain rolled out its new menu item today. I think I am in shock.

The burrito is stuffed with two omelets loaded with bacon, sausage, ham, cheddar cheese, hash browns, and sausage gravy. Why would anyone want to do that to themselves?

Hardee’s makes no apologies for its mega-size burrito.

The Associated Press quotes the fast food chain’s marketing chief, Brad Haley, as saying, “We don’t try to hide what these are. When consumers go to other fast-food places they feel like they’ve got to buy two of their breakfast sandwiches or burritos to fill up. This is really designed to fill you up.”

But if that’s just not enough for you, don’t worry – Hardee’s offers its new burrito as a combo meal that includes coffee and hash browns. You can do the math here.

The USDA recommends a daily caloric intake ranging from 1,600 calories for sedentary women and older adults to 2,800 calories for teenage boys and active adults. Blow 920 calories right from the start and there’s no room for many of us to eat much more the rest of the day.