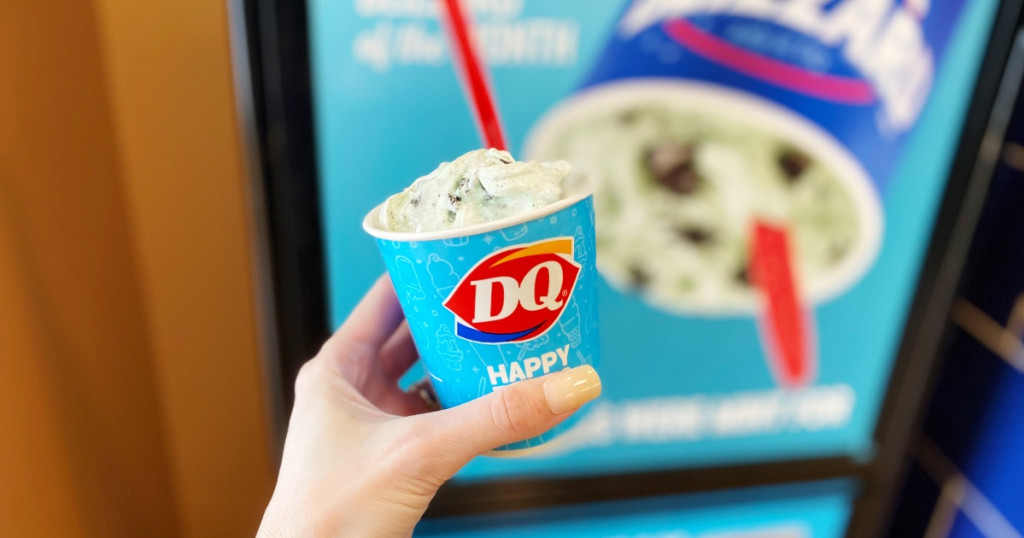 Is a Thin Mint Blizzard worth it? I mean, we all know DQ Blizzards and Thin Mint cookies aren’t health foods… but who knew the combination could be this bad? Seriously – like drinking 2 Big Macs???!

Nutritionists from the nonprofit Center for Science in the Public Interest (CSPI) found a large Thin Mint Blizzard from Dairy Queen has more than 1,000 calories, 31 teaspoons of sugars, and more than a day’s limit of saturated fat. A small one has 540 calories and 12 grams of saturated fat. The popular flavor is the Blizzard of the Month for July.

CSPI says the Girl Scouts of the USA should have thought twice before lending its good name to the ice cream chain and that the Thin Mint Blizzard and its marketing campaign send out a very unhealthful message to young girls and others.

“If you were designing a product with the intent of promoting obesity and type-2 diabetes in girls, it would look exactly like the Thin Mint Blizzard,” says CSPI executive director Michael F. Jacobson.

Ouch. Those are seriously harsh words.

CSPI is also not pleased about the creme-de-menthe flavored syrup that’s in the Blizzard because it says it contains the controversial artificial food dyes, Yellow 5 and Green 3.

I love ice cream and Thin Mints, and trust me – I have no problem splurging every once in awhile, but the combination of the fat, calories, and artificial food dyes really makes this a treat I won’t try. I’ve really been paying more attention to preservatives and additives in foods lately. Do the artificial food dyes bother you? Or would you have one of these Blizzards anyway?